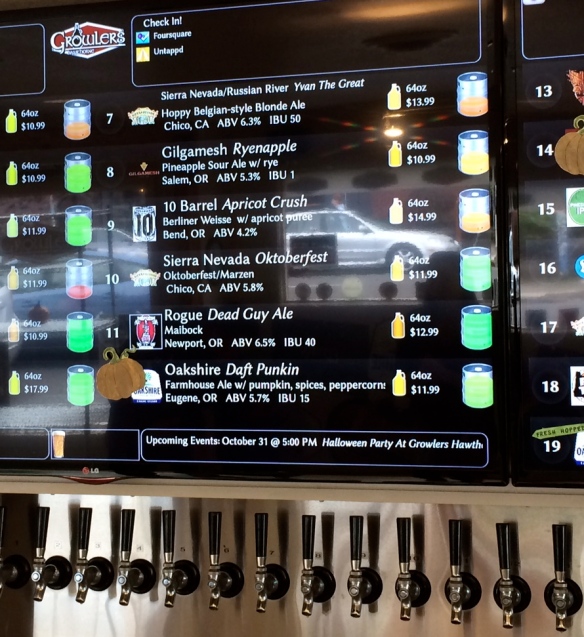 Opinions are like assholes AND beer: Not only does everyone have one but some are industrially large while others are artfully crafted.

The news is still sinking in that adorable, warm, fuzzy 10 Barrel Brewing, the homegrown brewery in the quaint, high-desert town in Central Oregon, has been acquired by beer behemoth Budweiser (ABI). The name 10 Barrel had already become outmoded considering the company ramped up to a 50-barrel system in Bend while keeping its original 10-barreler for R&D, added a 10-barrel pub in Boise, and will soon open the doors to its Portland pub* with a shiny new 20-barrel system thereby brining the total to 90 barrels already. Combine this with AB-InBev’s and it’s something on the level of 10 Million Barrels (give or take a few hundred million in overall volume).

Whether you, dear reader, personally take the “Sellouts!” side or fall into camp “Good for them,” and whether your BuyLocalism will lead to you never buying a drop of beer from this brewery now under the Bud-brella or you think that crowd’s just butthurt and it won’t affect your purchasing decision since good beer is good beer no matter who cuts the paychecks, one thing is clear: Oregon beer will never be the same again. Exactly the way it was never the same again when they bought a 30+% minority stake in Widmer Brothers and the Craft Brew Alliance. In other words, the more things change, the more they stay the same. Just ask the folks who worked at and drank beers from Chicago’s Goose Island, New York’s Blue Point, Hawaii’s Kona, Seattle’s Red Hook, and, undoubtedly, Anywheresville, USA’s next AB takeover.

*Even more than my curiosity how this will impact the forthcoming Portland outpost, I’m more curious how other brewers in the tight-knit community of Bend brewers will handle this in the short and long term. Naturally, in the now, they’re all ShockTopped, er, shocked. But will it really have any implications for them, financially? The original and graddaddy, Deschutes, is already tracking to brew 2 million barrels by 2020. Worthy just opened with a hefty pair of deep pockets. Add in Boneyard and those four already factor into Oregon’s 14 largest brewing companies. The money’s already there. We still call it “quaint,” but beer is already big business in Bend, also home to a few others.**

In the end, unless the guys from St. Louis, er, Leuven, Belgium, er, São Paulo, Brazil decide to expunge the firepit, revoke the welcome sign to dogs, stop serving kids meals on frisbees, and turn the beer from delicious to disastrously flaccid like some others in their portfolio, this game-changing news will, ultimately, result in a collective yawn like the one yawned every time a beer geek gets his mitts on one of the various bottles of Bourbon County Stout. Or, locally, Widmer Bros. Marionberry Hibiscus Gose.

Y’know what else this means? The Big Boys are really, really paying attention to what Oregon breweries are up to. And they, like us, like what they see.