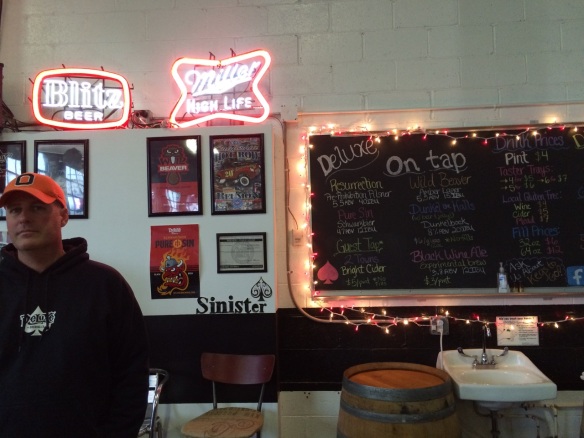 Howie manning the bar at Deluxe Brewing in Albany, OR

Technically I’ve been to Deluxe. But I hadn’t really BEEN. That is, I hadn’t tried their beer because when I visited on tour for the book, Eric “Howie” Howard was just building out his brewery/distillery or as they call it, “brewstillery.” Albany isn’t exactly the brightest star in Oregon’s brewery constellation but with Deluxe it now hosts two such businesses (the other being Calapooia a short walk down the road along the tracks). 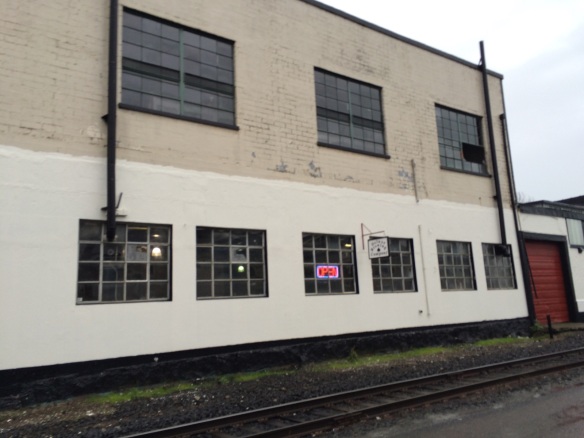 Unless you’re really looking for it

The space is a large warehouse sectioned off with the brewing equipment, the bar area replete with a ping pong table (I didn’t find any takers during my visit which means I’m undefeated on the tennis table), and the “other” space as you walk in with two vintage pickup trucks and seating for anyone with minors. There’s a dry-erase board for local food options and a pretty good bbq cart parked outside. To pair with my brisket sandwich, I had the Pure Sin Schwarzbier, a dry, no-roast onyx lager at an ideal 4.7% ABV.

Howie said it’ll be a few months til he has any of his spirits available in bottles. There’s something pretty cool about a whiskey with a beer back that all originated paces from the bar. No sooner had he poured me a beer than he was whisked away to lead a tour that, since my seat in the 21+ area was within ear shot, sounded like an educational discussion of the brewing process conducted via a homebrew setup and a fridge/kegerator. 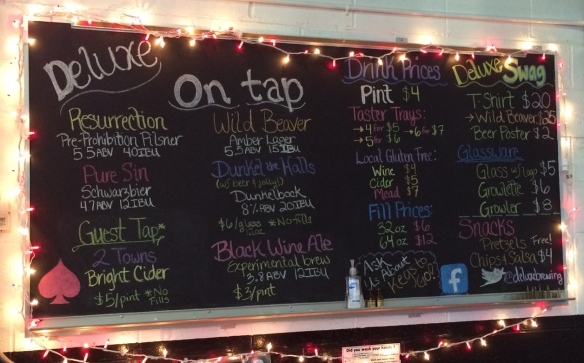 Albany is not Corvallis (though their flagship is Wild Beaver, which isn’t a spontaneously fermented lager as beer geeks might hope for but an amber or Vienna-style lager.) But if you’re looking for something on the truly wild side, their brewer named Bobby had a “Black Wine Ale” on tap. Far from something like a 13.8% black barleywine, it’s actually a 3.8% schwarz fermented with red wine yeast. I liked it. Maybe even more than Howie. I’d be curious what some lager-loving Germans would say.