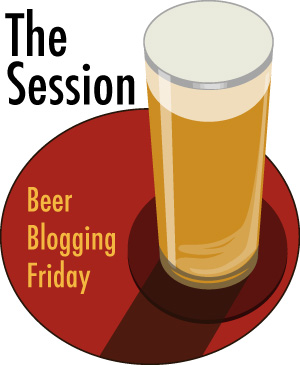 So the 127th topic for The Session is, if you’ll pardon the crude analogies, akin to asking Cheech & Chong about what makes a great head shop or the late Hugh Hefner which campuses to scour for Playmates. Let’s let Jack Perdue over at Deep Beer set it up:

The theme chosen is Bottle Shops: Good, Bad & The Ugly. I find bottle shops interesting and would like to learn other perspectives on these places many of us purchase our favorite quaffs. We love our beer and have a variety of options in acquiring it. Some home brew, others like to visit their local pubs, beer tourism and beer destinations have become a trend, but the ever popular bottle shop is often the best and most reliable means for finding our next beer.

Of course, not all bottle shops are the same.

As a greenhorn, I first dipped my toes into the malted waters in the megachain BevMo. In those days, though, the modern bottle shop scarcely existed since craft beer was on the uptick and wax-dipped, corked’n’caged, coolship-fermented, foeder-aged beers had yet to dominate the glassy knolls of today’s beer geek Meccas.

From witnessing firsthand the birth of San Francisco’s revered City Beer Store where Craig & Beth curated exceptional coolers and shelves full of whalez bait and across town where Eric Cripe once converted The Jug Shop into the bomber bastion of the Bay to my most recent local retailer, the world-famous Belmont Station now helmed by Lisa Morrison, bottle shops have long served as my social hub, ear to the tracks, and source of retail therapy. I dare confess they’ve alleviated any chance my bank account has had of ever appearing bloated.

Furthermore, some of my best memories on the Open Beer Road have included the time I spent hours at Goebel Liquor talking to Rob Miller, III about his “World of Beer” where he sold self-cellared carriers of Celebration verticals and was grooming his son, Rob, IV, to manage the store where they’ve stopped counting after the 1,700th SKU. That was in Wichita, KS and I had an even more memorable–or forgetful–night in Bowling Green, KY where Blake Layne tapped for me the keg of Founders Canadian Breakfast Stout he’d been hording at Chuck’s. It was also the first time I’d enjoyed Brooklyn Black Ops RIS. And several more which I can’t detail since the night ended with me checking into a room at the hotel across the road.

Bottle shops are great because–besides the obvious, which is that it’s where you go to buy good beer and get recommendations from the employees who ought to be the most credible, local experts–they’re the closest beer lovers have to treasure chests. In lieu of gold dobloons and strings of pearls, you are rewarded with shelf after shelf of bourbon-aged stouts and fruit-forward sour ales; Bohemian pilsners, German pilsners, dry-hopped pilsners, and silly imperial or black or yuzu pilsners abound. But what about the buried treasure? One of the most fun things you can do at a huge bottle shop, especially one that’s in a less populated town or even in the less trendy neighborhoods, is getting down on your hands and knees and moving bottles around to rifle through dusty, forgotten and forlorn bottles in the back that less eagle-eyed whale hunters have missed. Once, when The Bruery’s Four Calling Birds came out, I happened upon a Partridge in a Pear Tree. And long after Deschutes’s Brandy-aged The Abyss had been snatched up by the devil’s share, I received the angel’s.

I shop less at these places today than I used to (this blogger tells himself as he’s en route to Denver where he knows he’ll stop into Mr. B’s near his Airbnb pad and scour the coolers and aisles searching for American krieks, maybe a beloved CONE-IPA [that’s not an IPA made with hop cones but Colo-brewed New England-style], and even though he only buys beers from the state he’s in, he’ll make an exception if he finds anything from Missouri’s Scratch Brewing like he did last year). Partly because with a kid, I have less time for shopping as well as hosting bottle parties. But also hugely because I did so much that my cellar overfloweth and I’m on hiatus until I can drink it down to clear some room. And that’s after our recent move which necessitated depleting the stash by a solid 20%. But like I said up front, no matter how crudely, somewhere between being an addict and a connoisseur lies the layer many of today’s beer consumers and the place we get our fix or strike gold is down at the bottle shop.