Of all the trips I’ve taken or will take in my self-appointed role as a doughnut ethnographer, Detroit may not be the most touristy destination or have the most exotic-sounding treats, but I’d say visiting Hamtramck to explore the larger-than-life world of Polish pączki (“poonch-key”) had me drooling the most. For one, I love jelly doughnuts. For two, pączki are unlike typical jelly doughnuts and they can even be enjoyed spiked with a shot on what others call Fat Tuesday or Mardi Gras but in the Upper Midwest everyone knows it as Pączki Day, which I got to write about for TheTakeout. Take that, other immigrant doughnut styles.

There’s such thing as the All 50 States Club. It doesn’t consist of all that many people since even most Americans never visit all 50 states. But among the folks who do, North Dakota is notoriously the last one. It’s not home to major attractions like theme parks, National Parks (plural) or, in my case, destination breweries. Or at least that I knew of, because like almost everyone, I’d never been. So I deigned to hit every single one over the course of a long weekend. You can read about it here in this story for October.

It wasn’t one singular inspiration but a handful that were all blended together to form one delicious idea: exploring the world and its peoples through their sweetened, fried doughs. These aren’t delicacies that are referred to as doughnuts, but I challenge you to explain why they are not such. To workshop these stories, I get to contribute to The Takeout–a culinary website from the same publisher as the seriously-funny innovators of “fake news,” The Onion.

First up: Navajo fry bread. Yes, the Indian food staple is now part of most tribe’s cookbooks or maybe you think it’s just fry-dough or a carnival staple, the elephant ear. Here’s where the yummy treat originated.

My obsession with the Commonwealth of Kentucky is that it’s a place that’s not what it is and isn’t what it’s not. It neighbors Tennessee, North Carolina and West Virginia but it’s not the South. It shares borders with Missouri, Indiana and Ohio but it’s not the Midwest. It’s Appalachia, but parts are also pretty cosmopolitan. It’s KFC but also award-winning Kenny’s Cheese. Some of my greatest road trip moments occurred in Kentucky from the whales I got to enjoy in Bowling Green to a night of Hot Browns and jaw-dropping bourbons in Louisville to playing board games at a brewery in Paducah with my son who found the Hot Wheels the brewer hid in the brick walls for some kid whose dad dragged him to another brewery. Plus, I really wanna be made a Kentucky Colonel.

Anyway, if you’re going to Kentucky, it’s all about the bourbon distilleries and brown bars. But also, it’s now about the beer. Just don’t order one that tastes like mint julep.

Admittedly, it’s not always easy thinking up themes for my Beer Traveler column in All About Beer. But even at the beginning of the year I knew that with the Totality streaking across the entire USA, there’d be enough breweries submerged in darkness to squeeze a handful into a travel story. Featured herein are breweries from Pacific City, OR where the Path of Totality first hits land, through Salem (also in OR), Lincoln, NE, St. Louis, Paducah, KY (probably the first time Paducah has appeared in any beer-related travel story), Nashville, and Greenville, SC (from the comments, boy are folks in nearby Columbus and Charleston, SC upset about their omission through my lack of ability to include every single brewery that’s going to experience mid-morning nighttime.) Anyway, feast your eyes on these (you don’t even need those special glasses to view it.) 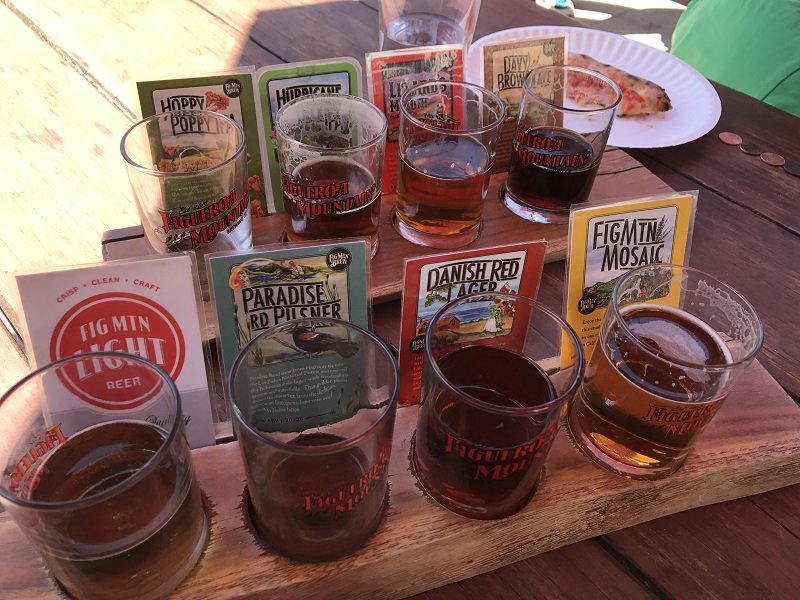 Politics aside, America is a nation bursting at the seams with people and places—and beers—that make it great. It’s a nation founded on big ideas, big endeavors and big cities (and bigger open prairies, woods and mountain ranges). From the giant redwoods to the Grand Canyon to, uh, the Super Bowl, this is the land of super-sizing. That applies to American beer, too, in the form of imperial stouts and IPAs and 64-ounce growlers. Rather than focus on what divides Americans, let’s take a journey to explore some things that are uniquely American. These largest thises or thats typically are not located centrally in beer meccas, but exist as roadside attractions on highways and byways. Fortunately, given that there are now over 5,000 breweries in this vast republic of ours, we can count on finding a brewery in the vicinity or just down yonder road.

Edit: This story was awarded 3rd place in the Travel Writing category at the 2017 North American Guild of Beer Writers (NAGBW) awards.

Patagonia, the southernmost region of South America—Argentina and Chile specifically—is comprised of some 400,000 square miles of rugged wonderlands. Jagged Andes. Mesmerizing ice fields. Pristine lakes and wild rivers juxtaposed with windswept steppeland. Plus, adorable Magellanic penguins. Most travelers who find themselves in Ushuaia, the world’s southernmost city located on Argentina’s  archipelago, are here to board a cruise ship to Antarctica. Many are happy to try a Beagle Fuegian Ale or a Cape Horn Stout, but almost none venture outside the town to the breweries themselves. Both the Cervecería Beagle and Cervecería Cape Horn are owned by the Fuegian Beverage Company, which is not exactly set up for visitors. Like I was gonna let that stop me!

Furthermore, while not part of Patagonia, Easter Island lies 2,290 miles from the coast of Chile, which annexed the Polynesian island in 1888. The native name is Rapa Nui, which is also the name for its people and the language they speak. It’s officially the most remote commercial airport on Earth and is famous, of course, for the moai statues made of volcanic rock that appear across the island. But Easter Island businessman Mike Rapu wants it to be known for cerveza Mahina, too.