It gives me massive delight that my final story for my local alt-weekly wasn’t on a brewery, but on a doughnuttery. Well, Bossie’s Kitchen is really more of a take-out dinner cafe that just so happens to have a kick-ass bakery that’s quietly one of the best in a town dotted with Francophile sugar shacks. This is my interview with Lauren Herman, the woman behind the doughnuts.

“Tommy” Chang was born and raised in Santa Barbara, but often visited his family in South Korea, where rice cakes are a traditional staple. Whether here or there, “with each visit and gathering, there would always be rice cakes and mochi for everyone to snack on,” explained Chang. “And during the holidays, my mom would typically make mochi squares laced with seasonal fruits and nuts.” Inspired by those experiences, Chang threw himself headlong into making his own mochi treats for the greater Santa Barbara community. His Mōr Donuts weren’t the first mochi doughnuts I’d had, but in short order they grew to be the best, though the name has since been changed to Kin Bakeshop.

Wineries are a dime a dozen in the Santa Ynez Valley. But doughnuteries? Not so much. Ironically, I discovered God’s Country Provisions at a wine-and-doughnut pairing event at a nearby winery. That is what put me on the path to discover the source of these divine creations.

In San Diego where Modern Times Beer started, sought-after kegs tend to kick quickly. Same for larger cities where it operates tasting rooms and pubs such as L.A. and Portland. But here in Santa Barbara at the Academy of Recreational Sciences, beers tend to stick around a bit longer. Because SB.

Also at MT, when a beer has the word “dessert” in the description, you should usually expect a beer that’s terribly rich and wonderfully sweet. A barrel-aged imperial stout brewed with some combination of vanilla beans, coffee grinds, coconuts, cinnamon sticks, cacao nibs, and macadamia nuts that tops 13 percent alcohol is the Modern Times normal.

So with the fact that Nectarnomicon is billed as an “ultra-fruited dessert sour,” there are a host of surprises to unpack in the beer, starting with the fact that it tiptoes in the tulip glass at 3.6 percent ABV. But Nectarnomicon, with the present keg on at the taproom being the Maui Wowie Edition, is no subtle session ale. It’s more accurately a glass of pineapple and mango juice with a hefty dose of coconut and nutmeg (remember, this is a dessert sour ale) with some fermented malt juice blended in. And it’s delish — morning, noon, or night.

Even in this era with thousands of breweries, hundreds of which have made a name for themselves based on brewing destination-worthy beer, surprisingly few brewmasters have the type of name recognition that Chuck Silva has earned. That’s due, in large part, to being a veteran of nearly a dozen years at San Diego’s Green Flash Brewing, where he garnered nearly a dozen GABF medals. This is the story of how he came home to Paso Robles where he and his wife Mary Jo to create Silva Brewing.

In 1995 when Santa Barbara Brewing Company opened, the country was home to about 800 breweries. By January 2019, there were some 900 craft breweries in California alone (it hit 1,000 long before year’s end). Over the years, that made Brew Co., as it came to be widely known, a little less special — so much so that Brew Co. is now dead. But long live The Cruisery, which is taking over the iconic space. 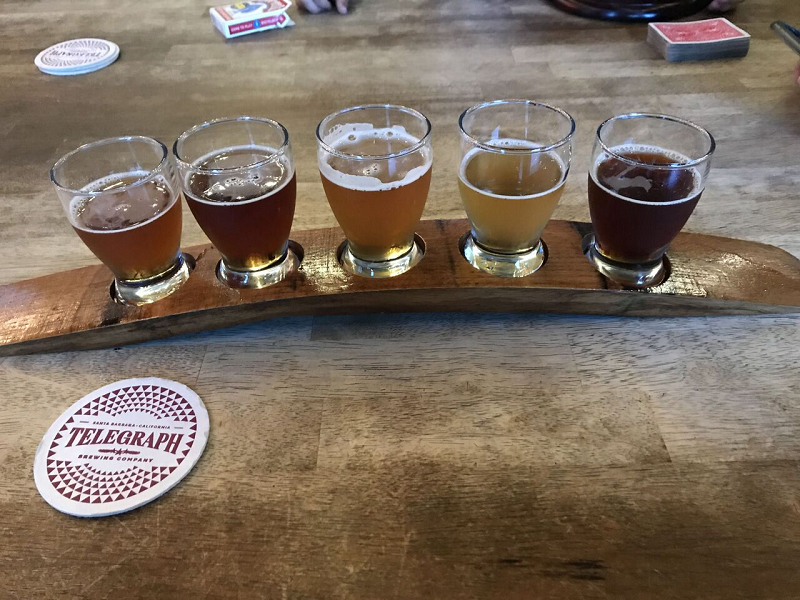 All About Beer has a feature called “flights,” which, obviously is a look at a flight of beer offered at various breweries across the country. Never has Santa Barbara been featured, and since I live here now, I get to help shine a little light on the scene; specifically SB’s oldest packaging brewery, Telegraph, recently acquired by Utah’s Epic Brewing. 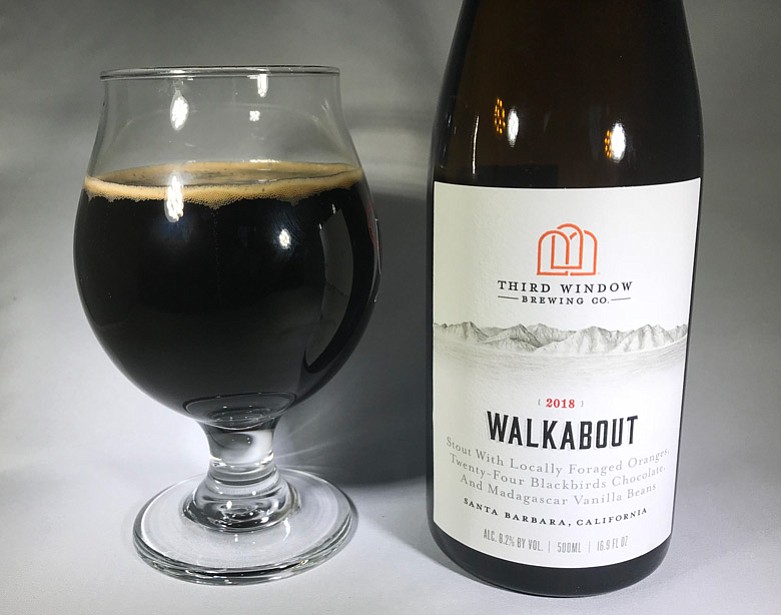 Of course, Telegraph isn’t SB’s only packaging brewery. You can find the errant bottled offering from Third Window (about two blocks away). This review of Walkabout Stout, a delectable treat made with local cocoa nibs, backyard oranges, and vanilla beans, is the subject of my first review for the Santa Barbara Independent alt-weekly.