Edit: This story was awarded 3rd place in the Travel Writing category at the 2017 North American Guild of Beer Writers (NAGBW) awards.

Patagonia, the southernmost region of South America—Argentina and Chile specifically—is comprised of some 400,000 square miles of rugged wonderlands. Jagged Andes. Mesmerizing ice fields. Pristine lakes and wild rivers juxtaposed with windswept steppeland. Plus, adorable Magellanic penguins. Most travelers who find themselves in Ushuaia, the world’s southernmost city located on Argentina’s  archipelago, are here to board a cruise ship to Antarctica. Many are happy to try a Beagle Fuegian Ale or a Cape Horn Stout, but almost none venture outside the town to the breweries themselves. Both the Cervecería Beagle and Cervecería Cape Horn are owned by the Fuegian Beverage Company, which is not exactly set up for visitors. Like I was gonna let that stop me!

Furthermore, while not part of Patagonia, Easter Island lies 2,290 miles from the coast of Chile, which annexed the Polynesian island in 1888. The native name is Rapa Nui, which is also the name for its people and the language they speak. It’s officially the most remote commercial airport on Earth and is famous, of course, for the moai statues made of volcanic rock that appear across the island. But Easter Island businessman Mike Rapu wants it to be known for cerveza Mahina, too.

There are Beer Meccas and there are cities not yet on the Beer Map. Greenville, SC, just an hour south of the Mecca of Asheville, NC, is the latter. Or at least it was. I’ve had the good fortune of replying to a press release here or there (I delete 95% within 2 seconds of opening them) that has led to some of my favorite travel-related stories. And while South Cackalacky is no Cabo San Lucas, I’m quite glad I allegedly penned the first beer travel story about this truly booming and deserving town for BeerAdvocate’s Destination feature. I hit 7 breweries. There’s at least 9 by the time you’re reading this. 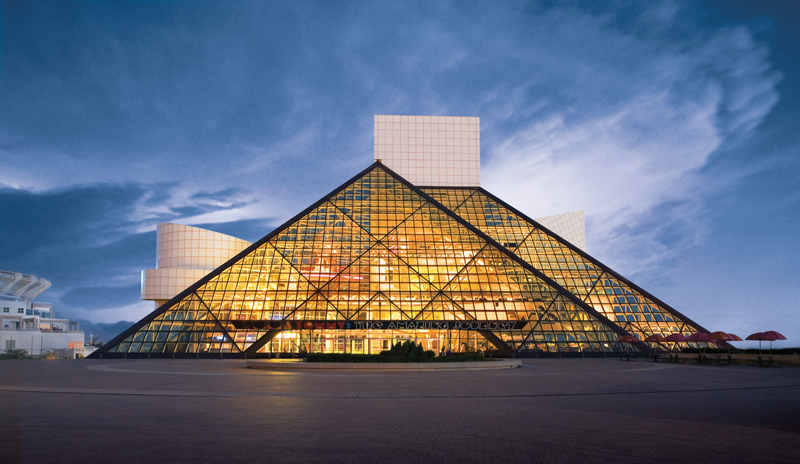 Photo courtesy of the Rock and Roll Hall of Fame

There’s a lot of talk these days about America’s greatness and whether that quality solely existed in our collective past, or if it persists in the present, or whether it needs to be made so once more. The fact is, we have hallowed halls that are testaments to the people who have achieved greatness. These buildings are living tributes, always inducting more heroes from whatever field they’ve excelled at. Some of those fields are actual fields while others are parks, arenas or stadiums. And lovers of these fields and their respective champions that we are, we have a proclivity for visiting them to gaze upon their super-heroic costumes and tools of their trades. Herein are a few of these galleries of greatness, these pantheons of perfection, these halls of fame. Plus beer.

Wifey's jealous I took my 4 yr old but not her yet. Not my fault she was out of town during Scout's opening. SE-PDX breweries opening fast n furious.

Interested in attending the 2nd The Rural Brewer Fest on Sat., July 23 at the Hawthorne Hophouse? Get your tickets here.

Down in Brookings, named for a man named John Brookings, some 6,374 people reside in the picturesque coastal hamlet. That’s about 1% of Portland’s population. But whereas Portland has roughly one brewery for every 10,000 residents, Brookings–home to Chetco as well as Tight Lines and Misty Mountain breweries–boasts a 1:2,100 ratio. Clearly those who’ve followed in John Brookings’ footsteps love local beer. And while the first two aforementioned breweries didn’t even open until 2013, Chetco didn’t take long in establishing itself as a world class brewery by winning a silver medal for Block & Tackle Stout at the 2014 World Beer Cup.

While that onyx ale achieves a unique viscosity after aging for six months, and the resulting notes of baker’s chocolate achieve the right balance between a sweet and dry stout, it hardly seems like a fitting sample to enjoy at a summertime beer festival. Instead, brewer Mike Frederick, who co-founded the brewery with his wife Alex, will be pouring The Chetco Effect. This summer ale is a light, bright ale dry hopped with Sorachi Ace to give it a crisp lemon finish. It’s named for a weather phenom in Brookings (that you can read about here but they lost me at “adiabatic” in the first sentence.)

Mike loves brewing single-hopped IPAs and beers in general. “I just think it’s a fun thing,” he said to me over an IPA. “You get those particular characteristics.” One characteristic of some of Chetco’s beers that no other brewery has is that they boast his homegrown hops. The Fredericks have some 80 bines in their backyard, eleven varietals strong. Within three weeks of his first home brewed batch from the kit his wife, Alex, gave him, not only did he graduate to all-grain brewing but, said Mike, “I had ordered hop rhizomes so I could grow my own.” The brewery’s rooted in their DIY ethos having self-financed. Even the system comes with a good story, a nano-story that Mike sports on the back of his T-shirt. “A good friend lends you his awesome home brewing system. A great friend lets you open your microbrewery with it.” The friend in this tale is James Smith from Arch Rock Brewing up Highway 101, which, incidentally, has some gold medals under/over its belt so if anything The Rural Brewer Fest proves it’s that a beer trip to Oregon’s South Coast is in order!

Interested in attending the 2nd The Rural Brewer Fest on Sat., July 23 at the Hawthorne Hophouse? Get your tickets here.

Some city folk think rural towns are boring. But this place that’s more of a suburb of Portland—15 miles east sandwiched between Gresham and Sandy—is truly Boring. And it’s where John Griffith’s road to becoming a nanobrewer began in back 1989 when he grew obsessed–his word choice–with homebrewing, thanks to the likes of Charlie Papazian.

Griffith has never stopped championing the DIY approach to better beer. After years of dreaming about starting his own brewery, a little fate and a lot of paperwork allowed Griffith to brew commercially in an accessory building on his own property. Visitors used to have to look for the little sign he sets up out front on the sleepy street and then were greeting not by stainless steel equipment but his goats and chickens, who are happy beneficiaries of his spent grains. He launched Boring Brewing with a 5-barrel brewhouse in 2013 and earlier this year, March of 2016, he opened a Taproom (located at the corner of Hwy 212 and Richey Road next to the Boring Station Trailhead; you can get three crowlers for twenty bucks if he puts them on special.) Last year, Griffith produced just over 100 barrels.

Here seems like a fine time to interject: the city’s named after William H. Boring, a Union Army veteran who moved here after the Civil War. The town adopted its name in 1903. Also fun to note: Boring (population 8,000) is the sister city to Dull in Scotland.

As a radiology administrator, Griffith has worked in health care since 1983 and took up homebrewing in ’88. He did take also a weekend course in brewing science at University of California, Davis. In 1993 his porter took first place at the state fair.

The first Boring beer, RyPA, which he’d been honing since it was still the 20th century, went into fermentation tanks in late 2012 and debuted in early 2013. Hoppy Blonde, a true light-bodied blond with just enough of a floral kick to keep it from being, hm, uh . . . banal, has become his bestseller thanks to having more permanent tap handles than the others. Riffing off the name, Griffith introduced Big Yawn IPA as an even hoppier option. “I got feedback on the RyPA,” he said with an implied scratch of his head. “It didn’t have a big enough hop character for the Portland crowd.” For the sake of comparison, Big Yawn makes folks open wide for its 7.5 percent ABV backed with 75 IBUs. This, my friends, is the beer you’ll get to sample again at this year’s The Rural Brewer Fest.

People just love to experience the weird. For this installment of All About Beer’s Beer Traveler column, we explore breweries around the country where one can also visit nearby actual odd museums. After all, beer is its own work of art, but anything can be treasured when displayed properly. Here’s a smattering of the most bizarre collections curated under one roof along with some “only in (insert town here)” beers that can be enjoyed nearby.