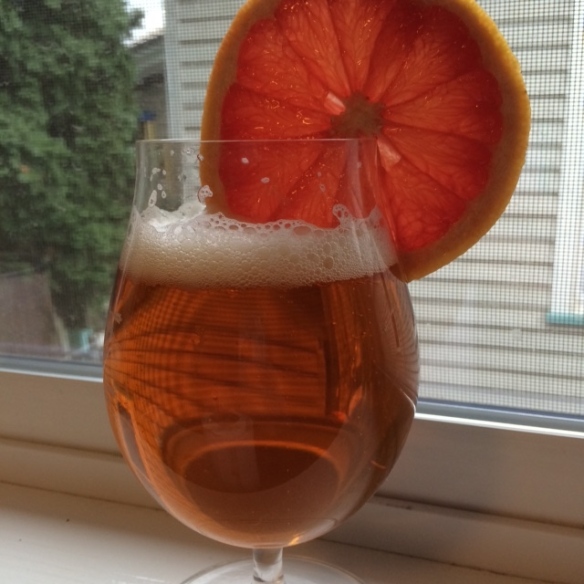 India pale ales are many things, but we don’t typically think of them as “seasonal” beers. Unless, that is, you count their myriad sub-categories. While most of these hop bombs are perhaps best enjoyed in September when the nibble-sized green cones with the sticky, yellow lupulin inside are harvested and at their freshest, there’s a place for certain IPAs in every season. On a cold winter day, the allure of a bone-warming double IPA is irresistible. And come springtime, when some palates might seek out a refreshing fruit-infused shandy or radler, there’s no need to turn one’s back on the beloved India pale ale with its bright, citrus flavors..

This story on tips for tackling beerfests during the summer high season was published on the Brewers Association’s CraftBeer.com in June, 2011. In case it’s not just my ‘puter on which the link is dead…:

Whether you’re just thawing out from the long winter and are itching for a change of scenery with a buddy or your kids are almost on a two-month vacation, now is the time when the adventurous road trip meets the jovial beer festival as the high season for each occurs simultaneously.

Take advantage of slightly lower gas prices by topping off the tank, then plugging in some destinations in the ol’ GPS. Whichever direction your summer vacation has you heading, rest assured there’s a beer fest near where you’re going. The phenomenal resource, Beerfestivals.org, started a decade ago by Michiganders Paul Ruschmann and his wife Maryanne Nasiatka, lists roughly 200 fests taking place between now and the end of summer.

Before you even arrive at your beer bash(es) of choice, know that you can never try every beer available. Can’t be done. Which brings us to using, whenever possible, public transportation (or if not, find a designated driver). So, with safety being the most important rule (remember: hydrate! Between alcohol and sun, drink tons of water) let’s talk strategy.

* Buy tickets in advance: Nothing could be worse than driving through the country or through the night just to arrive at a festival that’s sold out.

* Scope out the outlying area: Heading to the 14th Annual Michigan Summer Beer Festival? So long as you’re visiting the Wolverine state, tour some nearby breweries like Dark Horse or Jolly Pumpkin. Beermapping.com is a great resource.

* The early bird gets the beer: Arrive before gates open to beat the crowds. There may be a special beer with limited availability that you don’t want to miss out on trying.

* New to you: A new brewery opens almost daily, according to the Brewery Association’s Erin Glass. There WILL be breweries you’ve possibly never heard of, and definitely some you’ve never tried.

* Pick a style and try ‘em all: Whether it’s summery Pilsners or thirst-quenching IPAs, focus on one or only a few styles to get a sense of the nuance each brewer brings to their interpretation.

* Limiting the unlimited: Some fests dole out samples only with drink tickets, while others make pour for the asking. Request a “short pour” so you can try more offerings. If tasting requires tickets and one gets a few ounces but two or more lands a full pint, always take the sample.

* Pre-partying: Don’t drink beforehand. Seems obvious, but I’m stupefied every time I see people “pre-loading.” There’s no shortage of great beer once inside the grounds. Don’t be that guy.

* The overserved: The idea of leaving a smorgasbord of beer before gates close may sound crazy, but the longer the day draws out, the more others get sloppy because it’s just a fact that some folks just don’t get it.

*Shortchanging the festivities: If camping’s an option—take it! Extend the fun and don’t worry about unsafe driving. Besides, once the fest proper ends, the bottle sharing begins.

Some awesome fests coming up

Portland, OR didn’t earn the name Beervana for nothing. The granddaddy of beerfests is the 24th Annual Oregon Brewers Fest (July 28-31). Nearly 80,000 beer lovers from around Oregon, the country, and indeed the world flock to this riverfront festival boasting around 80 breweries across the Pacific Northwest. Do it up by attending the Brewers Brunch and parade beforehand starring a brass band, marching monks, and Portland Mayor Sam Adams!

Woe that you can’t beertrip to two distant places on the same weekend. The second weekend in August will see two of the most unique craft beer celebrations. An hour and a half drive south of Denver, Manitou, CO hosts the 9th Annual Craft Lager Fest (August 13-14) that is not only focused on the beloved bottom-fermenting beers, but takes fun in the sun to a new level by being entirely solar powered.

August 20 will see dueling beerfests each completely deserving of a pilgrimage, but are on opposite sides of California. The 15th Stone Brewing Anniversary Celebration (San Marcos in San Diego County) is so popular and so awesome, there’s an A Session and a B Session. Splurge for All Access ticket and attend both as well as the beer geek magnet Rare Beer Section.

If you’re heading to the San Francisco Bay Area in “NorCal,” hurry up and buy your tickets to the 9th Annual Russian River Beer Revival and BBQ Cook-off. This is one of my favorite fests because admission includes all-you-can beer from 30 local breweries plus all-you-can bbq from 30 pit teams!

Finally, since it’s impossible to drive to Munich for Oktoberfest, pack up your lederhosen or your dirndl and drive to Ohio. The 46th Annual German-American Festival (Oregon, OH near Toledo, August 26-28) is family-friendly and attracts some 25,000 of your new best friends. The 35th Annual Oktoberfest Zinzinati (Cincinatti, OH, September 16-18) will be twice as big, meaning twice as many people doing the chicken dance!

Half the fun is in the getting there. Stash plenty of water bottles or jugs in your car. Fill a bag with your favorite snacks including some to keep in your pocket during the festival(s) you’ll be attending. Grab a notebook if you don’t already keep a beer reviewing journal to keep track of the new beers you tried and the unique breweries who made them. Make sure your camera’s battery is charged before you leave and don’t forget to keep taking pics after the first samples. I always have a kit on my trunk for the unforeseens (a wide-brimmed hat, a dollar bill, a roll of T.P., packet of Advil, change of underwear because I knew someone who did that and once needed it). Also, bring an empty growler for the brewpub you’ll discover along the way and a sixer or some special bottles to share with the new friends you’ll be making.