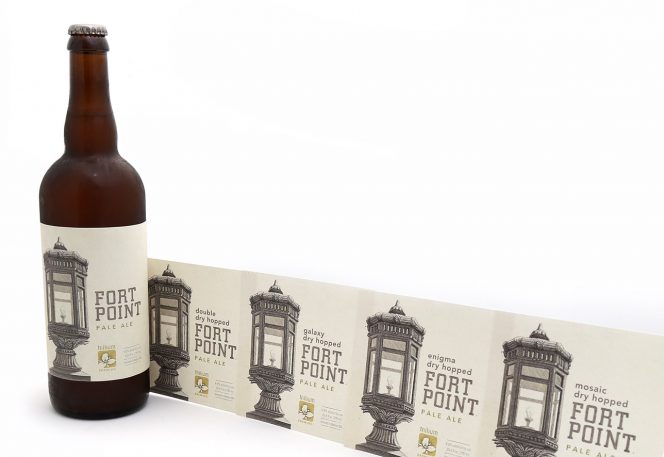 Among my myriad New Year’s Resolutions for 2016 is to do more beer reviews. Between the samples I happily receive on my doorstep, beer travels that find me at different breweries across strange, new lands and just happening upon a new offering at some local watering hole, I want to ensure I’m paying good attention to what I’m drinking.

Seeing as a delivery guy just dropped off a bottle at 6:30 on a Saturday night, clearly it’s time to begin drinking. The beer is from 10 Barrel in Bend (not the 10 Barrel pub in Boise or Portland or the recently-announced forthcoming one in Denver). It’s called Riding Solo and it is, as the name suggests, a single-hop pale ale. Comet hops to be precise. Not that you’d possibly know that from the label copy. It reads: “We could talk about this single hop, but we’d rather talk about Benny, the brewer behind this pale ale. 4 years ago Benny was on the fast track working for a large brewery, and then it all came crashing down. He made a bad choice, climbed the wrong building in Bend and found himself in the clink without a job. We hired him the next day and he has been crushing it ever since. One brewery’s loss is another brewery’s gain. Cheers to the man behind the beer.”

Man is that a strange way to market a beer that theoretically has some educational aspect to it. It shows drinkers the aromatic and flavor profile of the nearly extinct Comet hop, a USDA varietal that I’ve personally never encountered. And anyone who buys this beer won’t know that they’ve had it. (Unless they are compulsive about every beer they try or read my oft-neglected blog religiously.)

Upon cracking the crown I was met with an herbal whiff and I’m only half referring to reefer. At first sip, I was struck by the spicy, dank bitter beer—like a skunk smoked a spliff cut with black pepper and dried grapefruit peel. It falls into the garlic’n’onion descriptor, too. Although they call it a pale ale, it’s orange in color and at 6.8% ABV and 67 IBUs it presents itself like an India Red Ale in malt and hop character. In fact, the spiciness makes it taste like there’s some rye malt in the grain bill, but doubt there actually is because then they’d probably have called it Ryeding Solo.

A pungent ode to the most wonderful, lupulin time of the year: fresh hop beers. For this month’s Drink Portland review, that’s Laurelwood’s only-in-September version of Workhorse IPA, also available at the Fresh Hop Fest in Hood River.

This cover story in All About Beer (Vol. 32, Iss. 5, 2011) was rooted in some of the entries I wrote for the Oxford Companion to Beer on hop varietals and really learning how long it takes for a new hop to go from a little-hope experiment to A-list hop, essentially, getting to know tomorrow’s hops today. Hop Forward is one of my favorite stories I’ve ever researched’n’written as a beer writer.

Dr. Shaun Townshend of Oregon State University amidst offspring from the 2010 breeding crosses, grown in partnership with Indie Hops.